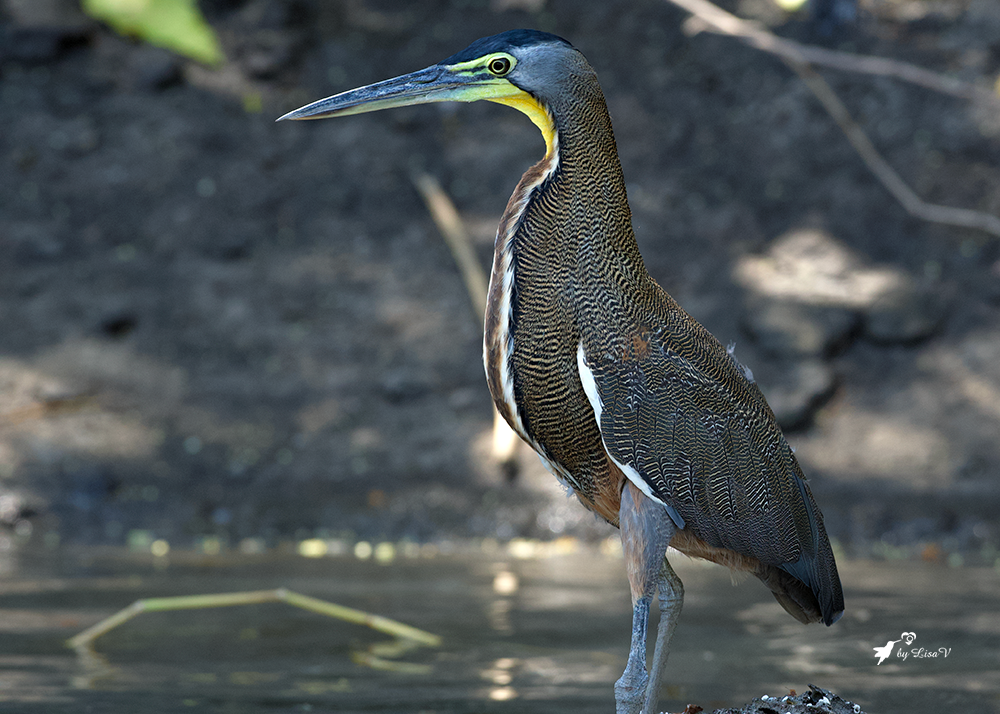 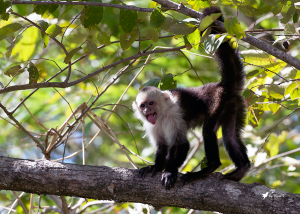 We were awoken by the Howler monkeys at 5:30 am. According to the locals, the male howls, (very loudly) to get the rest of the family up and ready for the day. It sure worked for us… and we were inside! By the length of time it took, monkeys must have the same issue with teenagers as we do.

We decided to take a drive and explore other places on the West coast. We had enough sitting still. We went to Playa de Coco, about 20 minutes away. It was a cute little town, on the other side of the bay. A real tourist trap. We had breakfast and walked around the town and checked out all the tacky gift shops. Chris was convinced he wanted a Fedora Hat just like the locals. He tried on a few but his head is apparently too “fat”. LOL On the bay, there were several Brown Pelicans flying overhead. 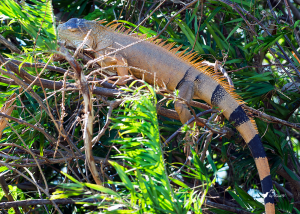 After a couple hours, (and no luck finding him a hat), we realized we missed birding! At the recommendation of the cafe owner where we had breakfast, we decided to go an hour away to Palo Verde National Park. How we found it was beyond me! The directions were not accurate at all. We had more dirt roads through the sugarcane fields. It was in the middle of nowhere… Once we finally arrived, we signed up for a boat tour on the Rio Tempisque to see shore birds. This river straddles some of the countries most beautiful wetlands and tropical dry forest. It provides a unique area for diversity of wildlife. We saw a pair of White-throated Magpie Jays and a Howler Monkey. The main house at Palo Verde was built in the 1850s. It had its original floors, doors and exterior. We were told two Costa Rican ex-presidents and an exiled ex-president from Nicaragua were have said to live there. Once they were driven out of office they had to find a place to “hide”. This was the perfect place as it was in the middle of nowhere and right on the river for a quick getaway. We looked around the house and the gorgeous landscape, ate lunch with the mountains in the horizon, then went on the boat. 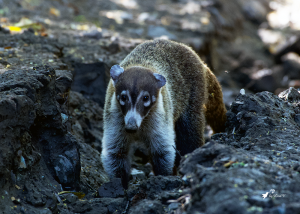 We were on a large boat that held about 30 passengers. Our guides were great! We were the only tourists on the boat so they adjusted the tour just for us. Surprisingly, we also saw many of the same waterfowl we have. We saw Great-white, Reddish, Cattle and Snowy Egrets, also Little-blue, Great Blue, and Green Herons and one of my favorites, Black-necked Stilts. We saw a familiar Osprey hunting. We got to see new birds such as Tiger, and Boat-billed Herons, a Turquoise & Brown Motmot, a Ridged-billed Ani, Social Flycatcher, Tropical King Bird and a pair of Scarlet Macaws. The Scarlet Macaws are all in the southern region of the area, except a rare couple of pairs that remain in Palo Verde National Park.

There were several different types of lizards of various colors and sizes including what the locals call a “Jesus Christ” Lizard. It was given this name because it literally walks across the top of the water. 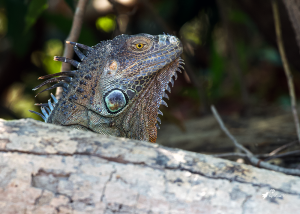 White faced Monkeys, called “Muy Malo” by the locals, meaning very bad were hanging in the trees. I thought they were cute! A group of Coatis scavenged the riverside shore. They are a raccoon like mammal. The males are solitary, except during mating. The females and juveniles live together in packs. Coatis are omnivores, eating both meat and plants. In the wild, they eat fruits, berries, insects, birds, eggs, lizards, and even snakes and small mammals like mice and squirrels.

Since our lunch was so late, we drove back after a full day of birding and skipped dinner. We relaxed in bed and watched TV. The only channel that spoke English played a strange mix of old 80’s Sci-Fi movies. I didn’t like them in the 80’s and I still didn’t like them so we turned it off and went to sleep.