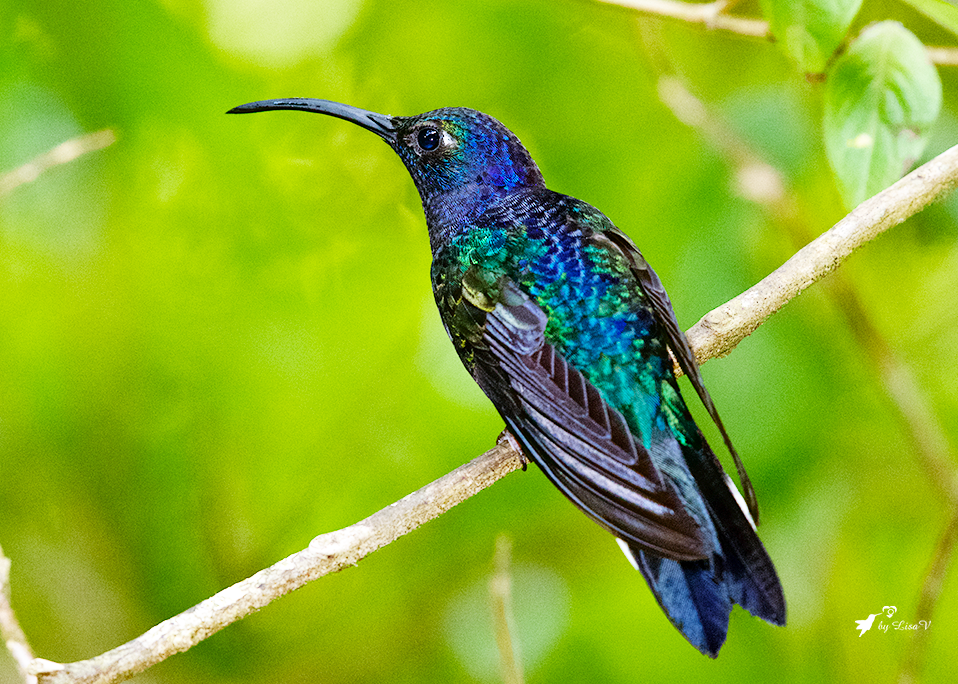 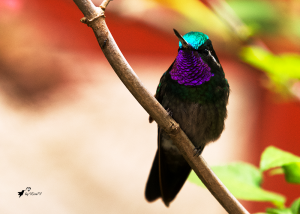 By now, my asthma was much worse. Our plan was to enjoy the resort for the morning then leave for our next destination later in the afternoon. That did not happen. After a night of coughing, we got up and packed up the Chery and hit the road again. On our way out, we found a pharmacy. The pharmacist prescribed me some cough medicine. (Apparently, you don’t need a doctor to prescribe drugs there.) It was really strong. I slept in the car most of the way. Interestingly, as soon as we left the dry desert area, my coughing improved. I was clearly allergic to something there. I don’t know how anything there could be bad for me since it was so beautiful. 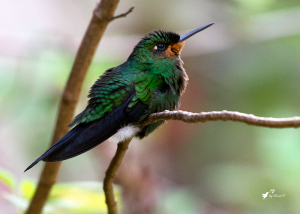 A few hours later, we arrived in Monteverde. This was such a quaint town with lots of activity. It was not quite as “touristy” as Coco Beach. It felt like a real “hometown”. As soon as I got out of the car, I could hear the hummingbirds. I took a short walk and saw about 25 or so. Some of the same species we had already seen, and a few new ones as well. As always, they were very friendly and appeared as interested in me as I was in them. Here we saw more huge (Huge is relative in the Hummingbird world), Violet Sabrewings. The male purple-throated Mountain-gem was gorgeous! We also saw some Green-crowned Brilliants and some Green VioIetears. I snapped a few pictures. (Like 200…) then went back to our room. Chris took a walk along the trail and saw some new birds too. 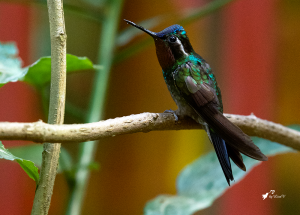 Meals were include here and we had to eat by 7:00. I met the chef who was creating of buffet of carbs! Pasta with cheese, rice and beans and bread with gluten. I told him I was sick and could not eat much so he made me pumpkin soup. It was so warm and soothing. It felt wonderful on my throat. He then brought us some fresh strawberry ice cream that was not made with cows milk. It was just as soothing. He gave me 2 random tea bags and told me to brew them in my room, right before bed and I would be better in the morning. What the heck?? What did I have to loose? I could taste some hints of lemon and camomile but I really had no idea what was actually in it. I slept fairly well (thanks to the cough medicine too). 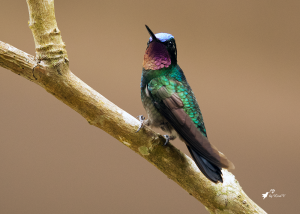