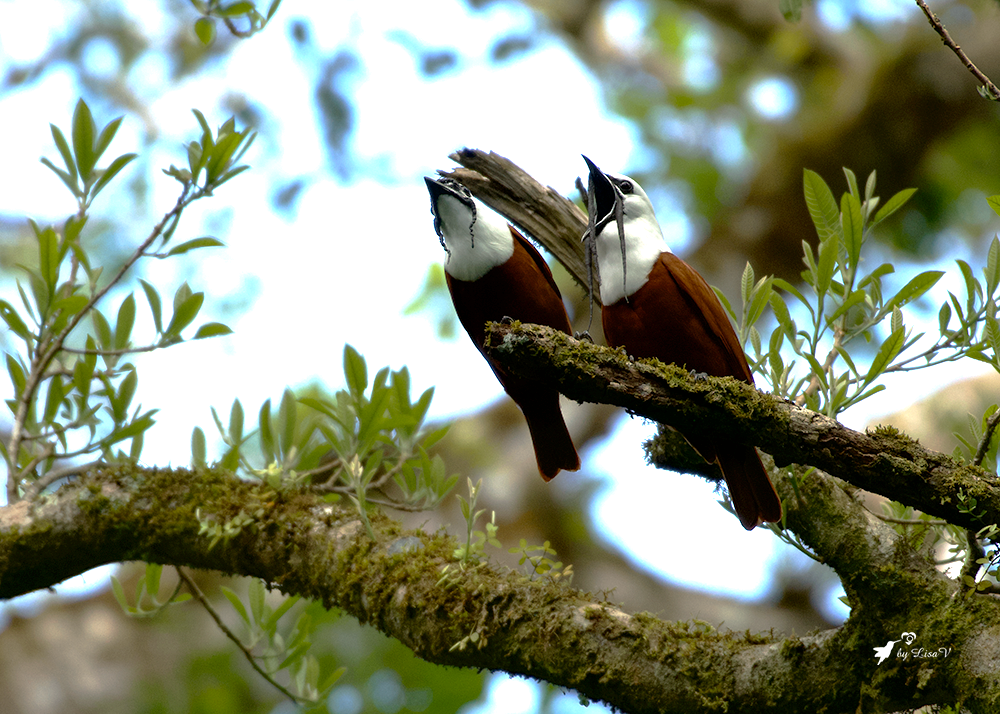 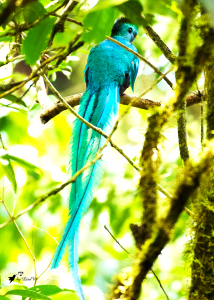 In the morning, after I drank the unknown tea concoction, he was right! I WAS much better! Throughout the day, my breathing and coughing continued to improve!

We met our guide Maria, at 6:30 am. She was referred to me and knew a tremendous amount about birds. She spoke english incredibly well too. Not only could she identify them by sight and sound, she could replicate almost every bird sound herself! I never heard anything like it. It was like she was really talking to the birds, in their own language. We had a few “must haves” on our list so she went to work. Almost all of the birds here were much different then the other locations. We found the most sought after birds in Costa Rica, the Resplendent Quetzals. They were nesting so the male was in full mating plumage. They were soooo beautiful. 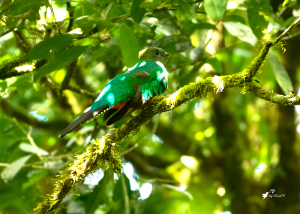 He had a long feathery tail that blew in the breeze. A bright red breast and bright green and blue back. She was pretty too, but he was breathtaking. They hung out way up in the trees so it was very difficult to get great photos from all angles but we tried. The other bird we really wanted to see was a strange looking bird called Three-waddled Bellbird. That took some time to find. Again, they were very high in the trees. It was a rather large bird with 3 protrusions dangling from his beak. We found a grown male teaching a younger male how to call and display his adornments. He was nowhere near as impressive as the mature male, but the juvenile was picking up just fine. Maria found a Hummingbird nest! It was the first one I ever saw! It was so tiny. 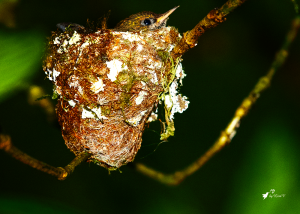 We went to brunch at Stella’s Bakery & Cafe. The food was as good as the name. Our granddaughter’s name is Stella…. This was another place were they feed birds out back so you can eat and watch birds. We saw more bight Tanagers and Baltimore Orioles. After brunch, We went to another park to find some Molted owls, a few more hummingbirds and some Trogons. We hadn’t seen any colorful Trogons yet. We also found a pair of Orange-bellied Trogons, along with an other Motmot and a Squirrel Cuckoo. 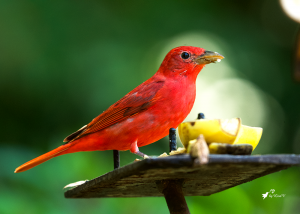 By late afternoon, I could not believe how well I was feeling. We still had not found any sloths or walked on the rope bridges though the clouds at the top of the jungle canopy yet. I did not want to push it. We decided to go celebrate everything we saw that day and go have some homemade Guaro, the national liquor of Costa Rica made from sugar cane, at a local hang out. We thought we would get up early and go to the rope bridge. After a few too many Guaros, we called it a night and went to bed.