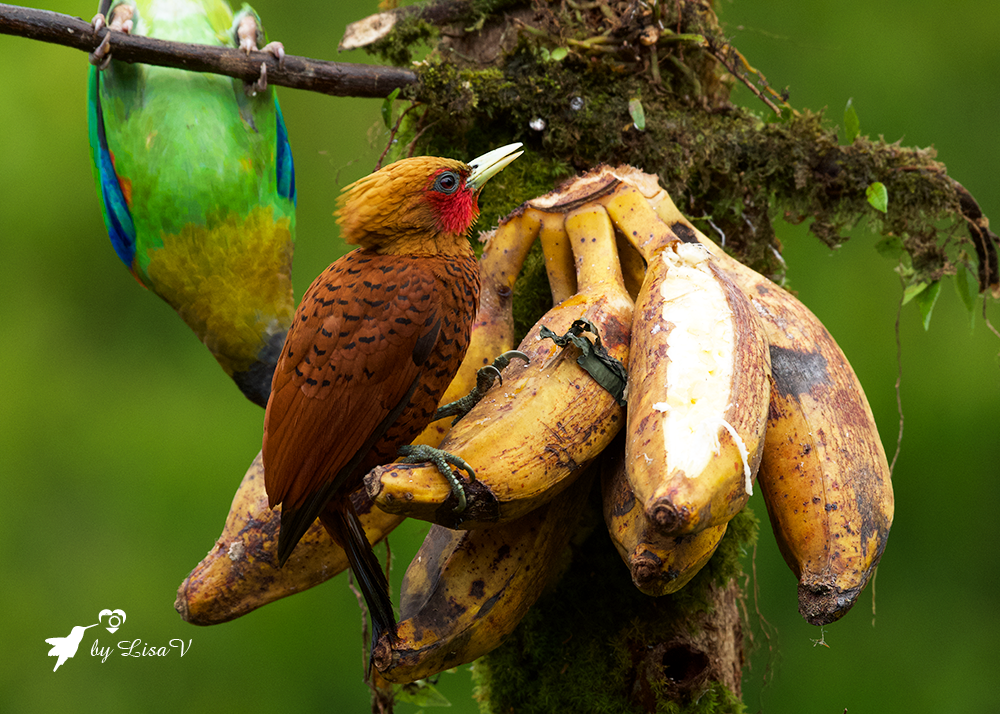 DOUBLE WOW! I never thought it could get better but today did. We got up early and after another delicious homemade breakfast of fresh fruit, eggs, cheese and of course, rice & beans and we went back to La Plaz. Before we left, our host set up a time for us to view the Paos Volcano later that morning. 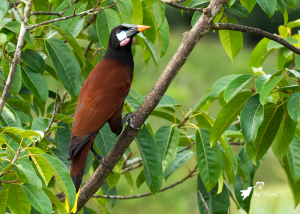 On the way to La Paz, we saw a Swallow-tailed Kite. This was not a new bird for me but still very cool to see again. We spent a couple more hours feeding and photographing the hummingbirds. We saw a man & woman that we were chatting with the day before. She & I were laughing because Chris and her husband don’t understand why the birds in the Aviary did not “count”. Only true birders get that… LOL Anyway, she went on a tour bus that morning, and they stopped at this place, 2 “shacks” down on the right. She said we HAD to go. We drove the windy roads and found the “shack”. It didn’t look like much. It was a tiny, roadside cafe with a deck. We walked back to the deck and there was a treasure chest of unbelievable wild birds! And, it was free! We sat on the deck and took shot after shot of Prong-billed Barbets, a small Emerald Toucan, Baltimore Orioles, Silver-throated Tanagers, Buff-throated Saltator, a Tennessee Warbler and so many more. There was also an amazing waterfall. We decided to eat lunch there since they were so accommodating. That probably the best lunch we had.

We drove up to the entrance of the Volcano. It was closed. Apparently you do need an appointment and since we were about an hour past our time, we were too late. Since it wouldn’t be open for another 2 hours, we decided to pass. We had to get on the road to our next destination about 80 Kilometers north. 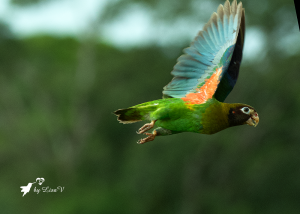 Finally, after another 2 hour drive, which more than half was on bumpy, dirt roads, we arrived. As soon as I got out of the car, I immediately saw the crowned jewel! A huge Black-mandibled Toucan! This thing was almost 2 feet tall! It was breathtaking! We checked in and threw our luggage in the room and went straight to the observation deck. I could not even count how may new wild birds we saw! We saw the Keeled-beak Toucan among so many more colorful wild birds. This place was in the middle of NOWHERE! Everywhere you looked there were all kinds off birds like a Cinnamon Woodpecker, Brown-hooded Parrots, Orange-chinned Parakeets and even Great Green Macaws, which by the way were very noisy but beautiful. We watched some of the oddest looking birds too. A King Vulture, a Wattled Jacana, a Great Curassow and an entire family of Montezuma Oropendolas. Down by the river, there was a Green Kingfisher and several Grey-necked Wood-rails. We even got to see a cute tiny American Pigmy Kingfisher that was only 5 inches tall! He so was small. All this in a matter of a couple hours.

Dinner was included and it did not disappoint. Some sort of Chicken dish with fresh veggies, more breadfruit and of course, beans & rice. Then for desert, a fresh pumpkin flan. I ate both mine and Chris’s desert…

Another long and exciting day so we decided to go to bed early. After all, this place was so remote, it had no air conditioning, no TV’s, no phones or room service. They didn’t even offer wash cloths. The birding more than made up for all of that, and yes, I survived it all too! LOL