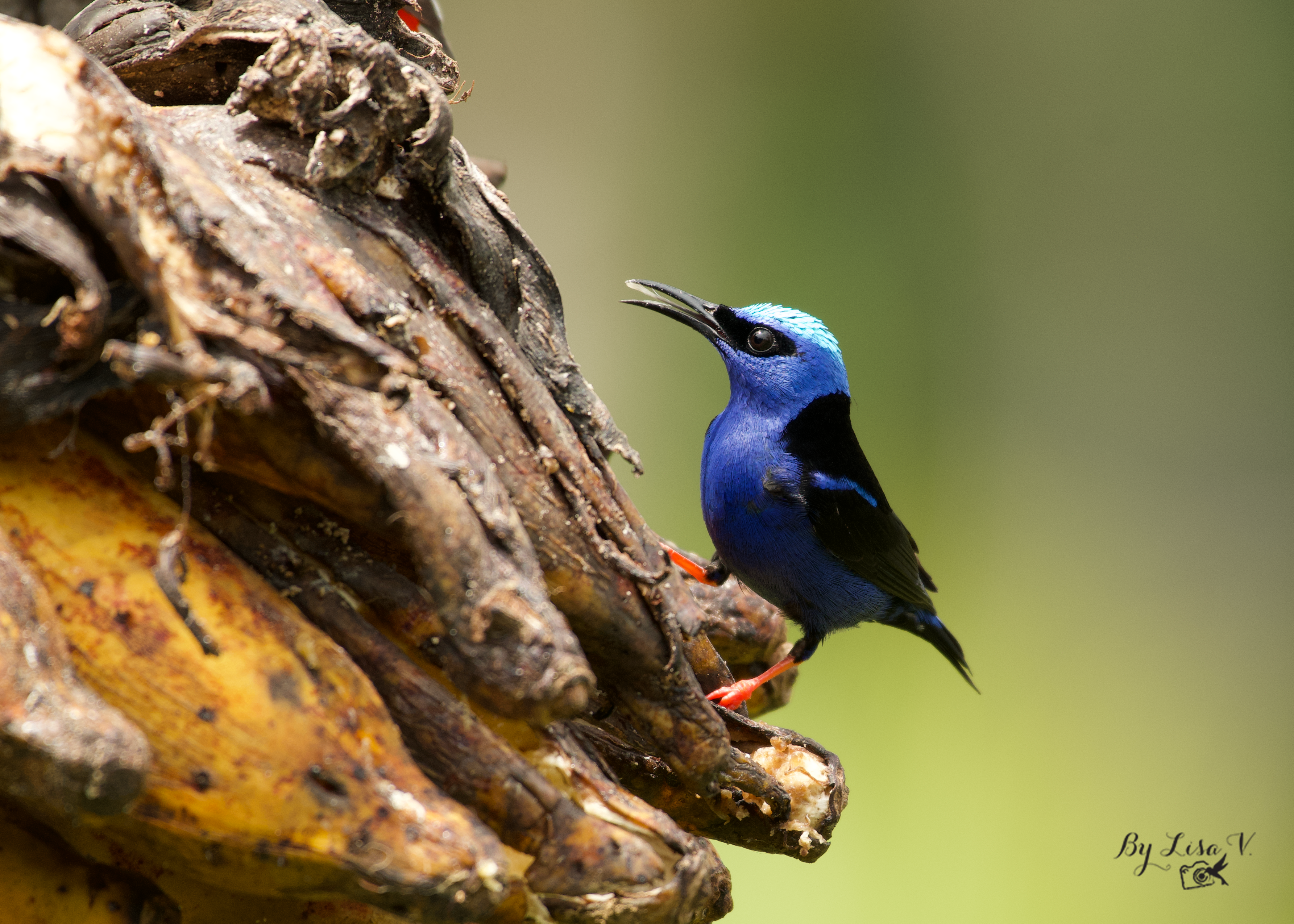 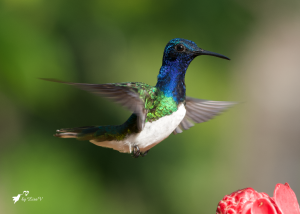 We were awoken at 5:30 am from the sounds of birds. (We had screens and no windows.) By 6:00 am, we were up and ready to see what the day would bring.

Before breakfast, we walked around the property on all the various trails. The birds here were totally different then higher up in the mountaintops. They were so colorful. They didn’t even look real! 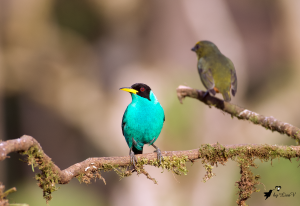 After breakfast, we signed up for a garden Hummingbird tour and an evening Frog tour. We passed on the Cayman tour although we saw one on our own. We saw so many bright colored birds such as the bright blue, Red-legged Honeycreepers, teal, Green Honeycreepers, more orange and black Baltimore Orioles, and royal blue, Yellow-crowned Euphonias. The Tanagers were just stunning! We saw black and red, Pesserini’s Tanagers, yellow and black, Silver-throated Tanagers, multi-colored, Golden-hooded Tanagers, deep red Summer Tanagers, and yellow Palm Tanagers, just to name a few. We saw a family of Collared Acari’s (an other beautiful Toucan), and a cool looking a Black-crowned Tityra.

Before we knew it, it was lunch time. The food was very authentic and interesting. Who knew breadfruit could be prepared so many different ways. Sometimes it tastes like potatoes and other times it tasted like dry bread. 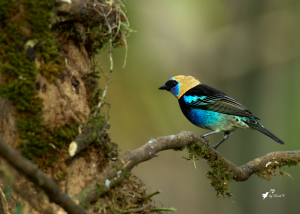 At 2:30 pm, it was time for the garden Hummingbird tour. We were driven about a kilometer in a 1967 Land Rover. It reminded me of the TV show MASH. It was held together by modern bolts and hinges. On the way home, the back door flew open and would not shut so the man next to me had to hold the door shut the rest of the way… The gardens were not as impressive as we expected, (only a few flowers) but the Hummingbirds were very impressive. Scaly-breasted Hummingbirds, White-necked Jacobins, Green-breasted Mangos, Crowned Woodnymphs and Rufus-tailed Hummingbirds. We took hundred of pictures while they flew and swerved all around us. I could have stayed there all day! Did I mention that I love hummingbirds? Haha 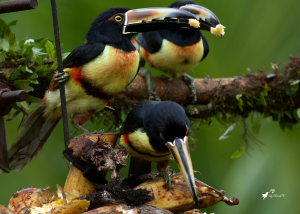 After dinner, it was time for the frog tour. Again, it was not exactly what we expected. It was in the same area of the Hummingbird Garden and some frogs were caged. (Wild but not normally from that region of CR.) The frogs were all different bright colors and sizes. From the large Bull Frog to the tiny Red Tree Frog and the smaller Glass Frog. Even a poisonous Green Poison Arrow Frog. The cutest of all was the Red-eyed Tree Frog, which is the Country’s National Frog. In all we saw about 11 different species. Since we were the only guests on this tour, we kept it short and sweet. The next day was a long day of traveling across the Country so we needed to get to bed early. All in all, it was another spectacular day!