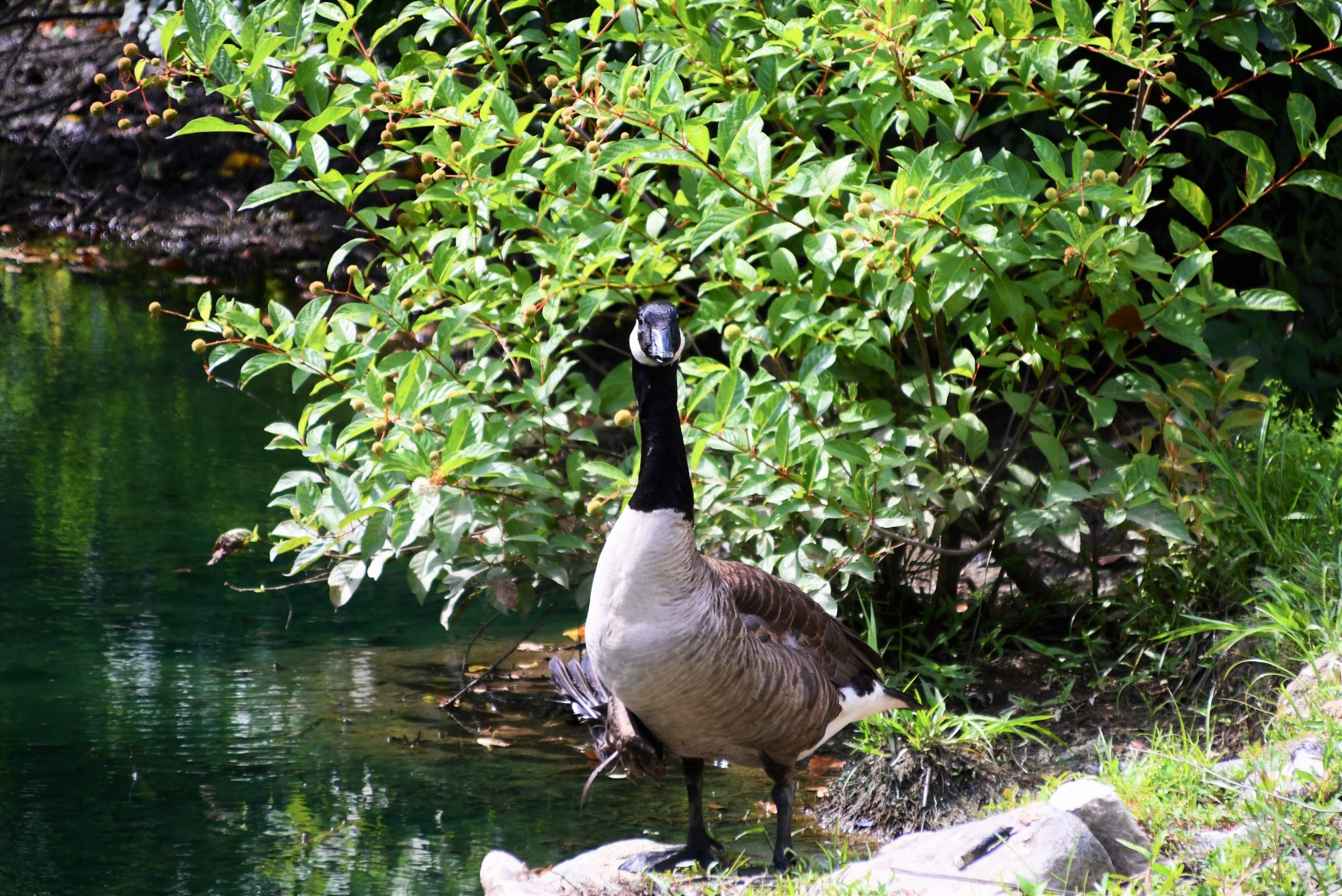 This is a story about a Canadian Goose, named “Gooseless” and some amazing people who gave this poor goose a chance at life! Without them, this beautiful creature would face certain death. This is also a lesson on feeding wild birds.

Did you ever hear of Angel Wing? Angel Wing Syndrome, also known as airplane wing, slipped wing, crooked wing, and drooped wing, is a syndrome that affects primarily aquatic birds, such as geese, swans, ducks and other waterfowl. According to the National Geographic, “Angel wing is a condition where the last joint on the wing is distorted and causes the end feathers to stick out laterally—sideways—instead of lying flat against the body.” 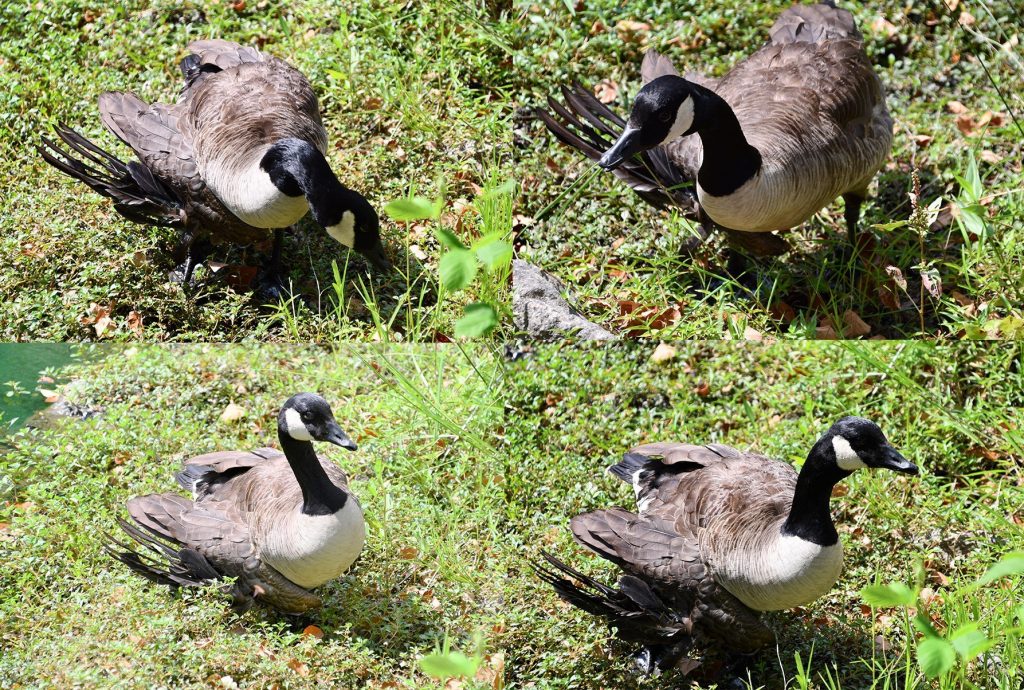 What causes Angel Wing Syndrome in waterfowl? We do! Humans! Let me explain… Technically, It’s caused by a nutritional deficiency in vitamins and minerals combined with a high level of carbohydrates and sugars. The #1 culprit is BREAD! We all grew up being told to feed leftover bread to the ducks and geese at the park. It is especially cute watching the duck- lings and goslings swim, all in a row towards you, to get a snack. Too much bread, crackers, etc., is the reason this condition sets in. Birds bodies grow much faster than ours. By the age of a couple weeks old, they are leaving the nest. By the age of a couple months, they are “teenagers”. When we offer them bread, they get used to it and work less finding nutritious foods they need in the wild to survive. I know my Grand Daughter would eat “junk food” all day long if I let her. When their flight feathers are coming in, they have a blood supply to each feather. If the bones are still soft, they cannot hold the weight of this blood supply on the wings and it starts to pull the wings out of alignment. Too much carbs and sugar from the bread, fills their bellies so they don’t consume enough vitamins and minerals their bones need to properly grow and form. This condition causes them to loose the ability to fly so they cannot escape predators, nor can they go very far in reach of food. The flock rejects them as outcasts, so they truly become alone and vulnerable. 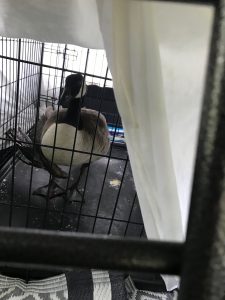 Back to my story… “Gooseless” was found in a nearby neighborhood of Brandermill. She was always alone and often found looking in the french doors of homes for food. One of my best friend’s Dawn Shilling, knew she had to do something!

She rounded up a few friends – Dorian Buchanan, Leslie Pakula & Britney Wampler to help. After several attempts, they were able to catch her and finally prevail! She did not bite nor try to fight. 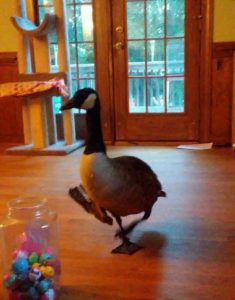 She was very sweet and appeared to appreciate the help. Once the vet confirmed the diagnosis, everyone knew she could not survive in the wild.

One of Dawn’s friends, Dorian, kept her overnight. The network of calls then began trying to locate a “forever” home that was suitable for Gooseless. Finally they got the news they had been waiting for! Gooseless had a home on a farm! But not just any home on any farm!…

Gooseless lives on a beautiful farm! In a beautiful house of her own, with tons of friends that won’t reject her. She hit the big Golden Goose Egg!

A another very happy ending to a potentially tragic story! 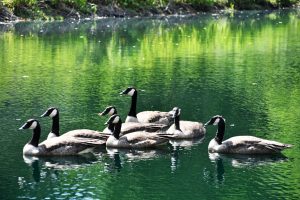 For more information about The Red Barn Farm – Agritourism Events and Parties, see their Facebook page at:

Birdie, its cold outside ~ Wild birds need our help »