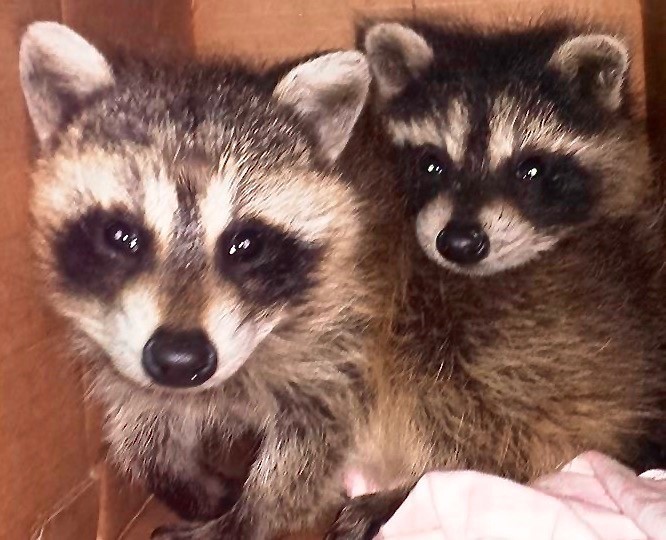 Did you know baby raccoons are called “Kits” and a group or family of raccoons is called a “Nursery”? I had a family of raccoons behind my house in a hollow tree for a few months. They had been entertaining everyone who walks by! Nature lovers and Photographers from all over, walk around the lake to take in all it’s beautiful wildlife. From my deck, I would see people stopping at the base of the tree, looking up hoping to get a glimpse of our latest attraction. At times, it felt as if the cute models were posing for us. They appeared to be just as fascinated by us as we were of them. 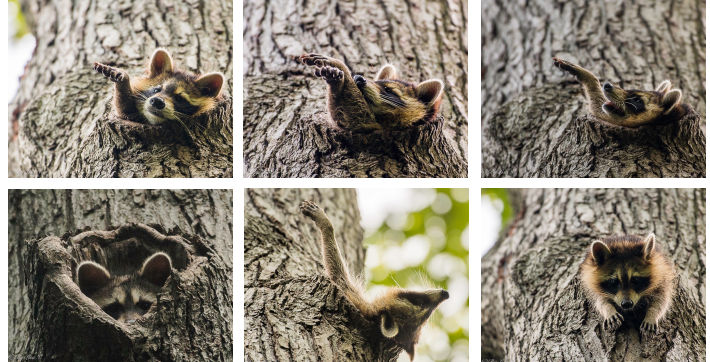 Raccoons are one of the smartest animals. They have hands that are similar to ours, as they have 4 fingers and an opposable thumb. They live in “dens” typically in tree hollows, logs, under decks, in barns or sheds and if you allow them, they will try to live in your attic! Kits typically stay with their mother for about 1 year learning life survival skills so they can successfully be on their own. “Little Bandits” as they are sometimes called because they look like they are wearing a mask. Don’t let their cuteness fool you! They can be very aggressive and easily hurt humans especially if you get too close to a mother’s kits! 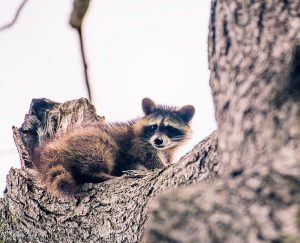 Early one morning a few weeks ago, 2 kits fell from the tree, 30-40 feet directly on the asphalt path. One couldn’t move. The other quickly scurried to the base of the tree and clung on while shaking and bleeding from it’s mouth and nose. I was notified by Jim Waggoner who saw it all happen. Jim and his friend Debbie Bachman, were taking their daily walk around the lake when only a couple minutes apart, the kits fell.

I quickly made several phone calls to find a Wildlife Rehabilitator that was qualified to deal with raccoons, a rabies vector species, since they commonly known to carry the rabies virus. It turns out, that would not be an easy task. For certain wildlife at high risk for rabies, rehabbers must have additional certifications and shots, both of which cost money. Finally, I reached an organization that was willing and able to help. Forever Wild Rehabilitation, located in Dinwiddie, VA came to the rescue. The only problem was I had to get the kits to a vet across town first, in Short Pump first. Now what?

With the assistance of my friends Larry & Lucia Tipton, we were able to carefully crate both kits and transport them to the wildlife veterinarian. After an initial check-up, the vet said they should both be okay. By the sounds of their squeals Larry and I could hear from the waiting room, they were both very feisty and not too happy about being checked out. (Which is a good sign for injured wildlife.) The rehabber I spoke to agreed to pick them up from the vet and care for them until they can be released. 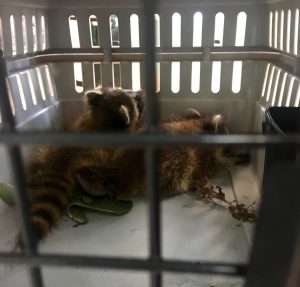 I have had several updates from Forever Wild Rehabilitation and the kits continue to flourish. This is the most recent photo of them. Although they are still too young to be released, it will not be long. They think the mother raccoon went off one night, (they are nocturnal) in search of food for her “kits” in the “nursery” and never made it back. After a few days and no mom in sight, the kits became extremely hungry and started searching for mom only to fall to the ground. Since raccoons instinctively climb, we thing they may have fallen. Interestingly, we noticed the kits out a lot over that weekend looking out the holes in the tree. We had no idea they were searching for their Mama.

A very happy ending to a potentially tragic story!

« Attracting Wild Birds to Your Yard 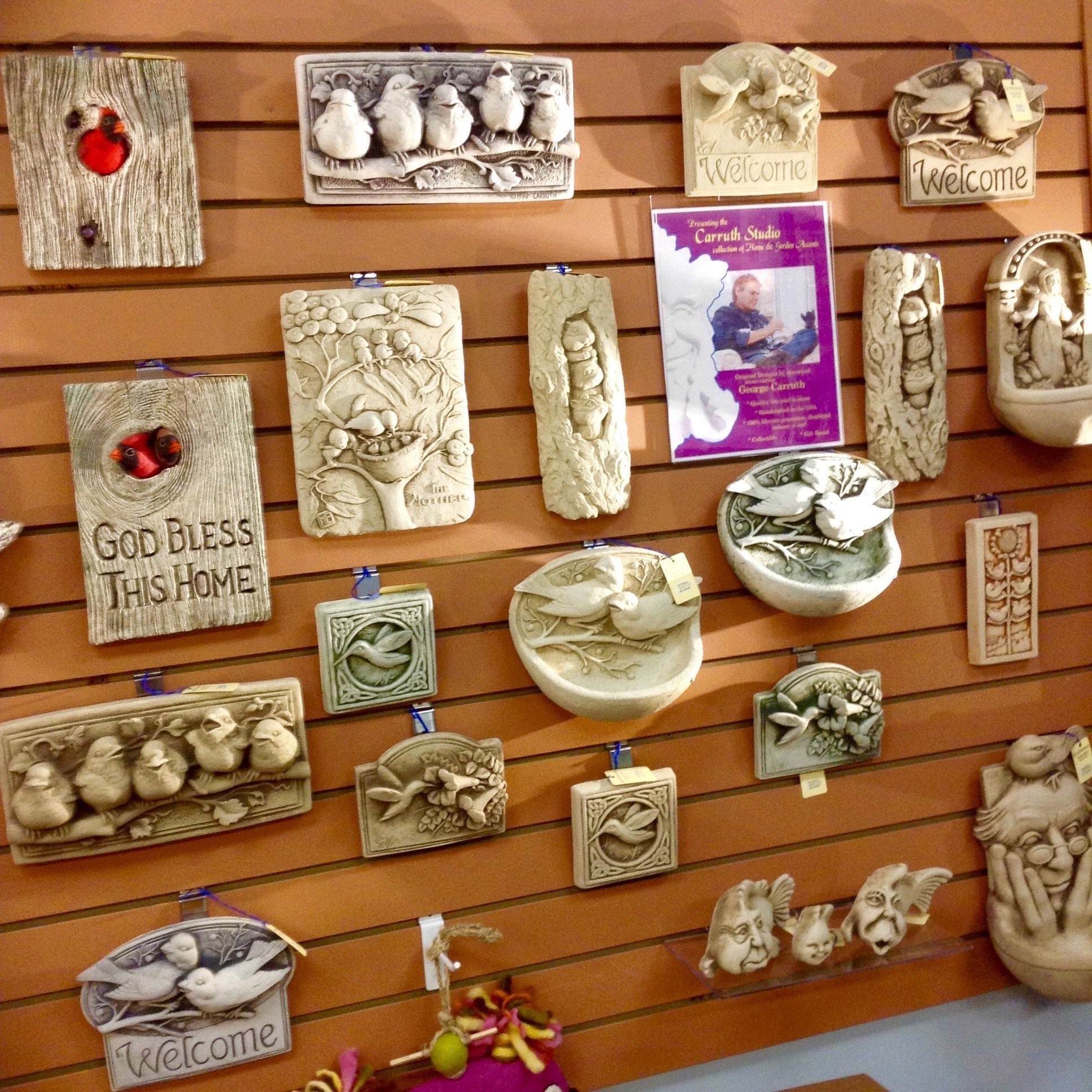 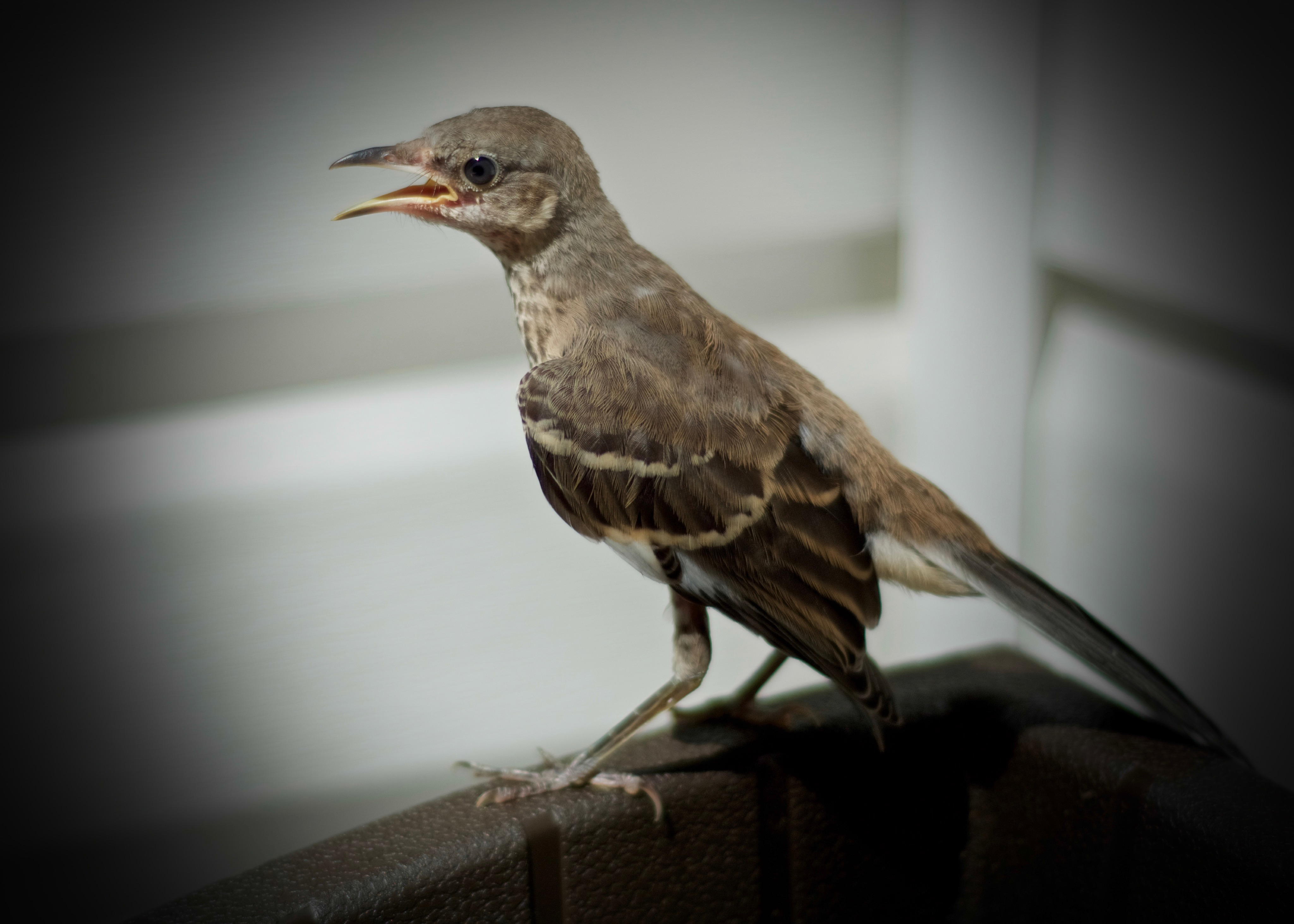 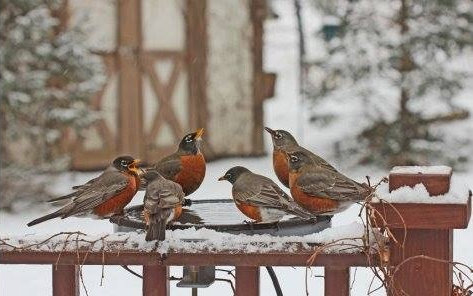